It is a fact that this pandemic has hit almost all industries around the world and of course the global ornamental sector has been no exception. How is the Ecuadorian flower market affected by Covid-19 and how does the current market look like? In this article below, De Ruiter Ecuador Roses gives us an insight in the developments in Ecuador under Covid-19 and their experience as a breeder.

De Ruiter Ecuador Roses (DRER)
De Ruiter Ecuador Roses (DRER) started operating independently in 1998, after it was represented by Unique Latin Roses of the Hilsea group, being one of the most important breeding companies in the Ecuadorian industry at that time. Among its successful varieties were Latin Lady and Latin Beauty, Blue Curiosa and Gypsy Curiosa, Esperance, Red, Orange and Sweet Unique. De Ruiter Ecuador is currently one of the most important agencies in the region where extensive work is carried out on the selection and development of new varieties. The Ecuadorian market has been characterized as the most innovative in terms of varieties in the area and perhaps on a global scale. As is known, the geographical conditions of Ecuador help to obtain a flower of the highest quality, the same that is demanded by HIGH END markets in more than 100 countries of the world that are the final destinations of the Ecuadorian rose. 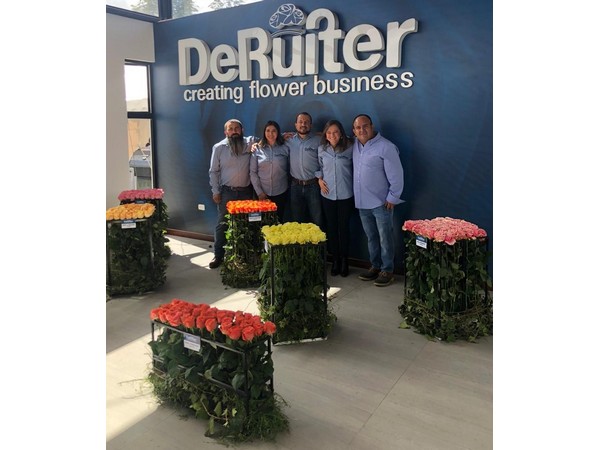 The past 5 years, De Ruiter has been increasing its rose market share, currently reaching 15%, offering the market a very complete assortment of cut rose varieties with interesting characteristics in terms of colors and quality. But above all, with high levels of production, which makes De Ruiter attractive to its clients. Varieties such as Orange Crush, Proud, Idole, Sweet Unique, Frutteto and Nena have been standard rose best sellers and apart from being good travelers and long vase life, they are mostly very productive, resulting in high yield. In 2007 De Ruiter Ecuador accidentally introduced a garden line in cut roses, the “Finess” line, the same that generated a revolution in the cut flower/tea hybrid market since its shape and “non-traditional” opening called much the attention of importers, above all of floral designers, thus massively introducing this type of garden flower into the traditional consumer market. Since then, De Ruiter has been introducing varieties with garden shape of which the “X-pression” varieties form at this moment the most important line of garden flowers in Ecuador.

The success behind the introduction of commercial viable varieties of De Ruiter is based on a thorough analysis of the markets and its final consumers. Participating in global trade fairs, together with personalized visits to selected importers in the USA and Europe as well as strategic alliances with important rose traders, all permit De Ruiter to position well its varieties in the world. 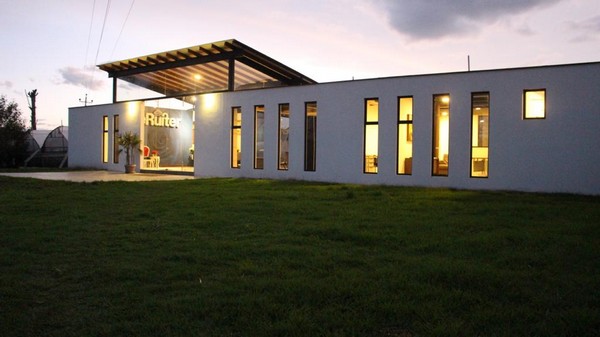 Covid-19
It is a fact that this pandemic has hit almost all industries around the world and of course the global ornamental sector has been no exception. In the period Jan-Aug 2020, Ecuador saw its export of roses being affected -5% in volume and -12% in export value. From March till August these percentages were -8% and -14% respectively. Whereas markets like Canada, China, Italy, Kazakhstan, Russia, Spain, UK and USA (even -15%), saw the export value decreasing, countries like Germany and Holland showed an increase. Estimates run that growers did uproot about 160 hectares of rose production, and pinched at least twice that area. The flushes that were caused by cutting back large areas have generated oversupply in June and August. However, the overall production has come back to a relative constant supply. 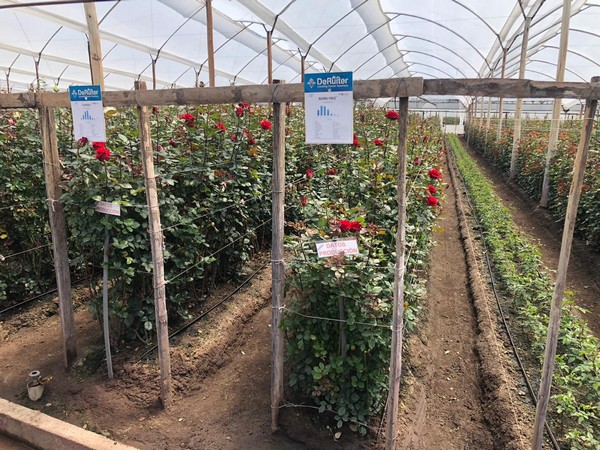 De Ruiter Ecuador changed its focus on several important aspects, strengthening its relationship with its clients, who were forced to take very drastic and high impact decisions. The adaptation was both directed internally in modifying processes, optimizing costs and resources, as externally in supporting fully the growers in their efforts of changing varieties which are more apt for their markets. A customized approach of De Ruiter, with proposals made in close cooperation with the clients, has resulted in a higher yield for the grower. The agency went through a process of rightsizing, redesign and adjustments of inefficiencies.

De Ruiter has been collaborative throughout these complex challenging times as stated by Diego Espinosa, general manager of Agrocoex in a previous interview: “Our collaboration with De Ruiter is as old as our company, since we started growing roses. De Ruiter is always developing new varieties, and they always offer us a small number of plants to test for production conditions. Also, De Ruiter is always promoting its selected varieties in different exhibitions across the globe to market them. This is very important and is also to the benefit of the growers as well”.

With 7,000 m2 dedicated to research, a team of 15 people and an office in Tabacundo, DRER continues to focus on supplying the market with varieties that match its needs. If productivity was important before, now it is even more a main objective and of course without neglecting the other important demands of the volatile export markets. 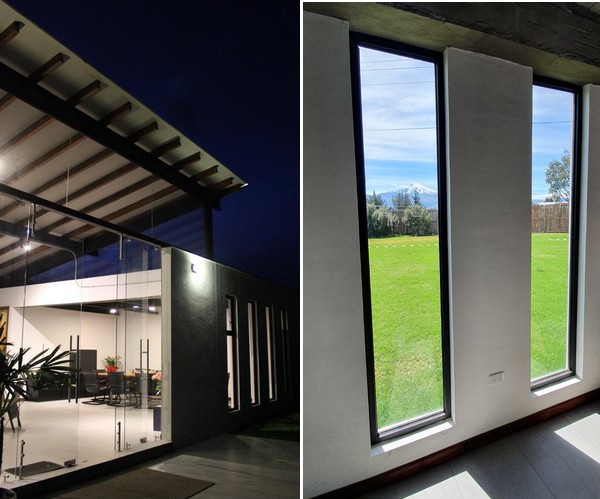 The different focus in the selection of varieties, the application of adequate release policies, the professionalism of its staff, all form part of what makes De Ruiter Ecuador a company in which Ecuadorian producers have confidence and feel support when making a decision in the selection of a variety, more so in these moments of pandemic. These are unprecedented times that should bring the breeder and grower together for creative solutions to all of the forthcoming difficulties. 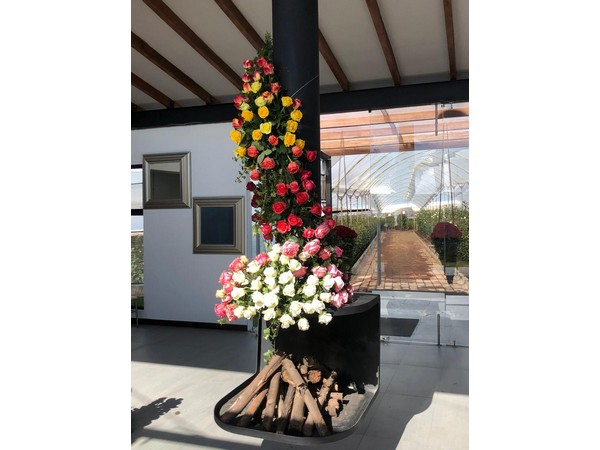 The current market
After the strong crisis suffered at the end of 2014 with the devaluation of the Ruble and the reduction of a market that for Ecuador represented 40% of its exports, Ecuador faced complicated years in which oversupply put prices under pressure. The production of illegal flowers by many small farmers is also an increasing issue that may result in unfair competition. Economic and political instability has not favored the flower industry either, where last year an indigenous strike generated many losses, especially in the southern part of the country. Lastly, the crisis caused by Covid-19 led all the farms to make drastic decisions on their crops since it was clear that the demand had initially been dropped from markets such as China and successively Europe, Russia and the USA. Crops were abandoned, drastic pruning was done, plants were eradicated and unfortunately many personnel were also laid off. 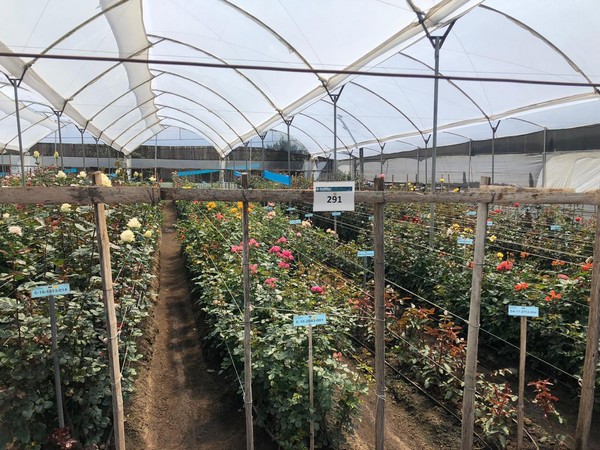 All these factors have had a negative impact on the industry causing large losses and above all this year a 40% contraction in the replacement of varieties is expected, leaving some greenhouses empty until the end of this year. The flower producers are considering different products such as blueberry or non-psychoactive cannabis as alternative crop. Fortunately, the growers are still keen on diversifying their portfolio and still more than 50% are in search of new and productive rose varieties that help them to recover the losses that they have been carrying in recent years. Breeding continues to be an important tool in the industry since also with the use of molecular markers and other techniques De Ruiter will offer the market varieties that are more resistant to travel and certain diseases, thus having interesting alternatives for the producer as well as for the final consumer. 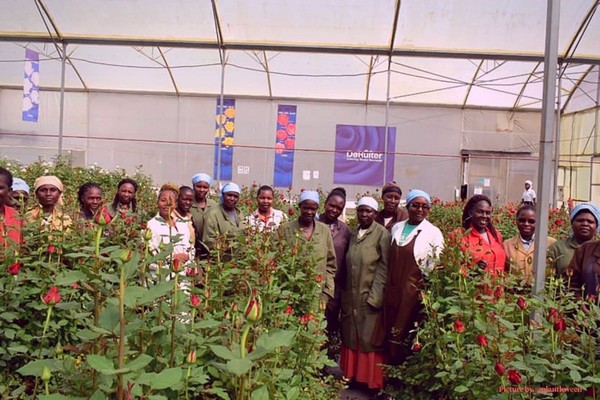 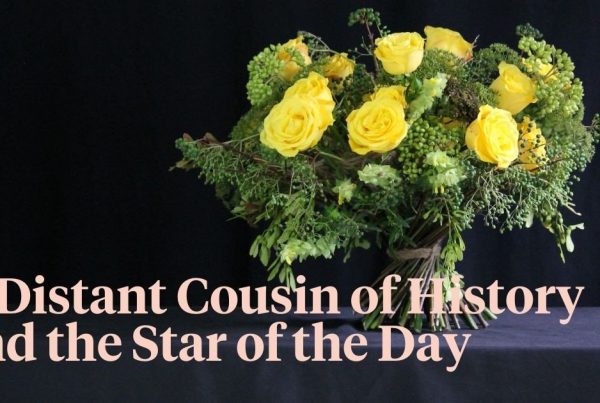 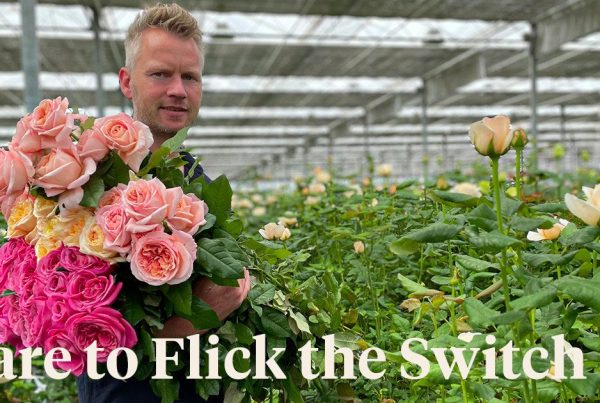